A United Kingdom based firm, Bestfield Consulting, has set aside US$100 million for a project that will see small-scale miners getting training and expert assistance in modern mining methods as a way of boosting the sector’s output.

Although the project will cut across different minerals, it will especially focus on gold where small scale miners continue to outperform their primary producing counterparts despite a heavy reliance on rudimentary mining methods.

The deal was struck between Bestfield Consulting and Zimbabwe Miners Federation (ZMF) — the umbrella body that represents small-scale in the country.

At the core, it seeks to further capacitate the small-scale sector to build on its current pedestal that has seen it accounting for the largest chunk of gold deliveries to state buying entity — Fidelity Printers and Refineries (FPR).

Despite the current showing, Government notes the sector can perform even better if it is further capacitated and it is against this background that Bestfields is coming on board to train the miners on modern expertise as well as bridging the machinery gap.

In a statement from the United Kingdom, Bestfield executive Jacob Samuriwo, said his firm notes the huge potential in the small scale mining sector and is ready to play a part in growing the sector.

“We look forward to working with the Zimbabwe Miners Federation in order to ensure that the mining sector achieves the vision 2030 as envisaged by His Excellency the President of Zimbabwe,” said Mr Samuriwo. “We wish to train the small scale miners on several aspects like the use of substitutes to mercury and cyanide in the purification of gold, sanitation and protection of the environment on mining sites.

“We will also provide training in safety clothing, as well as finance and budgeting.

“After training the miners, our organisation will assist them to purchase modern equipment and value addition to the gold produced.

“We also hope to build synergies with the miners, who will benefit from the US$100 million budget we are setting aside,” he said. 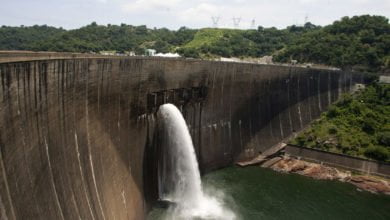