Atlas Copco’s ground-breaking Variable Speed Drive (VSD) compressor technology has, for the past 25 years, been delivering energy-efficient, superior quality, ultra-reliable compressed air solutions to industries around the world. This technology remains the smart and most efficient solution for modern pneumatic processes with significant variations in compressed air demand that require increased and decreased air flow.

Compressed air is the life blood of manufacturing and processing but the production of this critical commodity can account for more than 40% of a plant’s total electricity bill. Subsequently, energy is the most expensive component in the total cost of producing compressed air, making up over 80% of a compressor’s life cycle costs (LCC).

Twenty five years ago, compressed air was produced by fixed-speed air compressors which, as the name suggests, can operate only at the same speed and thus only at full capacity. These fixed-speed compressors are a smart choice when the demand for air is essentially constant. As the motor’s speed cannot change, the fixed-speed air compressor therefore always draws the amount of power needed to meet the maximum compressed air demand, even when the demand falls to below maximum. When air demand changes, an air inlet valve adjusts to allow either more or less air to flow out. It therefore follows that the fixed-speed machine consumes an unnecessarily large amount of energy when less than full air flow is required, with subsequent costly wastage.

Atlas Copco’s relentless crusade to assist customers in optimising their compressed air systems with more efficient compressors that use less energy to produce compressed air was the inspiration behind the company’s development, in 1996, of the ground-breaking Variable Speed Drive (VSD) technology. Most industrial users experience fluctuating air demand, increasing and decreasing between different processes, by time of day, by shift, on weekends, or by the time of the year. Instead of running at a fixed speed, the revolutionary VSD compressor automatically adjusts its motor speed to perfectly match air production to air demand in real time.

This ability to vary its speed renders the VSD compressor much more energy efficient compared to a fixed-speed unit that can only run flat out even when during lower air demand. The greater the variation in air demand, the greater the potential savings VSD technology presents. Because the VSD compressor only runs when needed, it can save customers up to 50% on their energy bill, with the associated added value of low total cost of ownership and a rapid return on their investment in a VSD machine.

It was not long before industry recognised the unparalleled advantages offered by Atlas Copco’s VSD technology compared to fixed-speed machines and today the company boasts a very large installed base in a wide variety of industries around the world.

In addition to being able to operate within a much tighter pressure band than a fixed speed compressor can attain, the VSD machine can operate anywhere in the range between its minimum and maximum speed. When demand increases, the motor speeds up; when demand decreases, the motor slows down. It can be compared to a motor vehicle’s accelerator which allows the driver to vary speed according to road conditions.

Central to the VSD compressor’s success is the smart trio comprising the compressor motor, element and brain. The VSD adjusts the compressor’s speed (RPM) by means of an inverter. Instead of all the power going directly into a traditional AC motor that runs only at full capacity, the inverter provides the VSD compressor with the specific voltage required to meet demand, thus saving energy. In terms of the element, VSD technology works best with rotary screw compressors as their flow rate and power consumption are virtually proportional to speed. As the motor adapts its speed to reflect demand, the rotary screw elements adapt in sync so the amount of compressed air delivered matches air demand. Controlling the motor speed of an Atlas Copco VSD compressor is the brain i.e. the frequency inverter and the advanced on-board Elektronikon® monitoring system. With sensors continually measuring system pressure, the system adjusts the motor speed to meet the actual air demand, cutting the customer’s energy bill in half!

Additional advantaged offered by a VSD compressor include: Start/stop ability under full system pressure which  eliminates the need to unload, saving both time and energy; no time is lost to idling; no blow-off losses occur in normal operations coupled with more consistent, lower air system pressure minimise leakages.

Atlas Copco offers both VSD and fixed speed oil-free and oil-injected compressors in a wide range of sizes to ensure the most efficient compressed air solution for either fluctuating or consistent air demands respectively. Professional air audits are conducted by highly skilled Atlas Copco technicians to identify the most appropriate and optimal compressor and controls for a specific application.

That same passion that led Atlas Copco to develop the pioneering VSD technology 25 years ago has never waned and continues to drive the company to invest in R&D. The company remains a global leader in the design advanced air compression technologies, providing best-in-class quality air solutions and future-proofing customers’ operations. 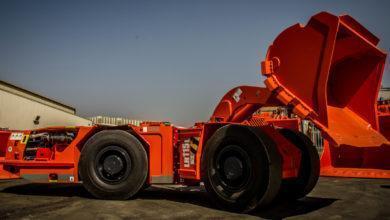