Australian lithium miner Firefinch Ltd. and China’s Ganfeng Lithium Co Ltd. have given the go-ahead for their Goulamina Lithium Project in Mali, even after raising the estimated capital cost for the first phase of the project.

The first phase of the project is now expected to cost $255 million, up from a prior estimate of $194 million, partly due to costs associated with making the project more easily expandable.

To help fund the higher cost, Firefinch said Ganfeng, one of the world’s top producers of lithium chemicals used in electric vehicle batteries, has agreed to either provide a $40 million loan or arrange up to $120 million in third party debt, up from an original agreement of up to $64 million in bank debt funding.

A definitive feasibility study (DFS) for the project was completed last month. Firefinch expects annual production of 506,000 tonnes of spodumene for the first 18 months of production, which would make Goulamina one of the largest lithium mines in the world.

Spodumene concentrate is the ore from which lithium is extracted. Lithium prices soared last year, as automakers around the world began investing billions of dollars to transition to electric vehicles, boosting demand for batteries which use lithium.

Firefinch said the key remaining condition required for formation of the Goulamina joint venture is the transfer of the exploration license to a single-purpose Malian subsidiary, as required by local legislation.

It added that the transfer is expected in early 2022 and that allows Ganfeng to make its final $91 million worth of funding into the project.

Last year, Firefinch said Ganfeng would make total cash investments of $130 million for a 50% stake in a joint venture company for the lithium project. 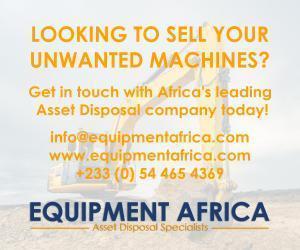