Harmony will acquire the Mponeng mine and surface assets for about $300 million, the Johannesburg-based companies said on Wednesday. That’s less than half the book value of the assets, according to Harmony, which will become South Africa’s No. 1 gold producer.

The deal marks the exit from South Africa of AngloGold, a company that emerged from a mining empire created by Ernest Oppenheimer a century ago. Since taking the helm in September 2018, Chief Executive Officer Kelvin Dushnisky has moved to sell operations in Mali and Argentina as the producer focuses on more profitable mines in Ghana, Australia and the Americas.

“This sale helps deliver on our commitment to sharpen our management focus and capital allocation on the highest return investment options available to us,” Dushnisky said in a statement.

The sale may also pave the way for AngloGold to move its primary listing from Johannesburg. Analysts say that shifting to Toronto or London would narrow the discount that AngloGold shares trade at to larger rivals such as Barrick Gold Corp.

The South African gold industry is less than a fifth of the size it was at its peak and its importance to the economy is rapidly diminishing. It employs just over 100,000 people and with many of the nation’s gold operations of marginal profitability, more job cuts are inevitable.

Harmony, backed by billionaire Patrice Motsepe’s African Rainbow Minerals Ltd., has been hunting for deals to boost declining reserves and grades at its South African mines. Harmony said the acquisition will boost its output by about 350,000 ounces a year, while increasing its South African reserves by 8.27 million ounces.

“Harmony has demonstrated its ability to increasing the life of mines it operates in South Africa – sustaining the mine communities surrounding the mining operations, preserving jobs and further unlocking value for its shareholders through increased grades and stronger margins,” CEO Peter Steenkamp said in a statement.

Harmony will acquire the assets with $200 million of cash, plus deferred payments related to the performance of the operations. The AngloGold assets had a book value of 9.9 billion rand ($670 million) at the end of 2019, it said. 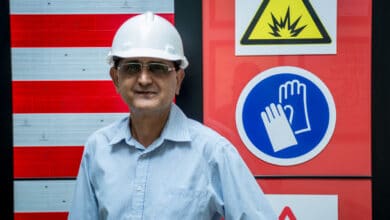