Glencore Plc is planning to halt production at one of the world’s biggest cobalt mines after prices for the battery metal collapsed and costs at the project increased, according to a person familiar with the situation.

The announcement that Glencore will close its Mutanda mine in the Democratic Republic of Congo is expected to come as the company lays out an overhaul of its key African copper and cobalt business when it releases first-half results on Wednesday. It would be another setback for Glencore, which has been dogged by operational problems, legal challenges and a rift with Congo’s government over a new mining code.

Mutanda will stop producing at the end of this year and be put on so-called care and maintenance, according to the person who asked not to be identified as the plans haven’t been made public. It was already expected that the mine would produce half as much copper this year after it mined more complicated ores that raised costs.

The Financial Times earlier reported Glencore’s plans to shutter the mine.

“The mine is no longer economically viable over the long-term,” Glencore said in a letter to employees at the mine.

Even though African copper and cobalt is a small part of Glencore’s overall business, it’s considered a key source of future profits. The company ranks as the world’s top producer of cobalt and investors have hoped Glencore would ride the boom in electric cars and battery demand. Mutanda produced 27,300 tons of cobalt last year, more than half Glencore’s total output, and 199,000 tons of copper.

The decision to shutter the mine highlights how quickly cobalt has shifted from a prized asset to a headache. After quadrupling in two years, prices have collapsed to the lowest since 2016 as new supplies pour into the market.

With few hedging tools available, the plunge has left Glencore exposed. The company said last week that it’ll report a $350 million non-cash hit to its trading business from cobalt that’s been mined, but not yet sold.

Katanga struggled with a series of setbacks over the past year. Dozens of illegal miners were killed in a landslide at the company’s vast open-pit mine in July. The company said in April it would likely miss output targets for copper and cobalt. It had to halt cobalt sales in November after detecting radiation in the ore. 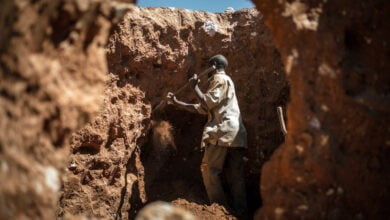 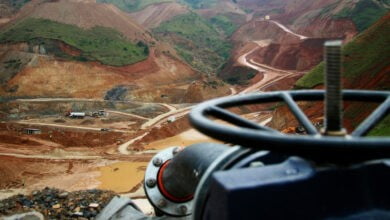 Banro agrees sale of troubled Namoya gold mine in Congo