Producers and prospectors are pouring money into the region as prices rally and the industry at the southern tip of the continent keeps shrinking. While gold miners face a dearth of new discoveries globally, large parts of West Africa have barely been explored. The deposits tend to be shallow — meaning easy access — and relatively low-cost.

At least two new projects started up this year and a further two are scheduled for 2020. AngloGold Ashanti Ltd. is also expanding and modernizing its Obuasi mine in Ghana and Canada’s Iamgold Corp. is considering a new operation in Senegal. In July, Resolute Mining Ltd. agreed to buy another West Africa-focused producer.

At the center of the action are the Birimian belts, tracts of ancient, gold-rich volcanic rock that stretch from the fringes of the Sahara to the Atlantic coast. While West Africa has a long tradition of gold mining — Ghana was known as the Gold Coast under British colonial rule — the vastness of the region and political insecurity in some areas mean its riches remain mostly untapped.

“West Africa is brimming with potential,” said Kelvin Dushnisky, the chief executive officer of the world’s No. 3 gold producer AngloGold. “Our Obuasi mine is a spectacular orebody that will be a significant production engine for Ghana and AngloGold for many years to come.”

Both of AngloGold’s larger rivals, Barrick Gold Corp. and Newmont Goldcorp Corp., also have mines in the region, and Newmont recently completed an expansion project in Ghana.

Investment, especially in exploration, slowed across the industry after gold prices came off the highs seen in 2011 and 2012, and most producers were focused on cutting debt and lowering costs rather than new spending.

Now, with gold back around $1,500 and ounce, there’s more money to go around.

Most of West Africa’s gold deposits have yet to be found and mined, according to Oumar Toguyeni, Iamgold’s vice president for the region.

“If you are looking for gold in West Africa, you go to the Birimian belt,” Toguyeni said by phone from Mali. “The potential is still there as the region remains under explored. It’s the easier deposits that were found.”

To be sure, West Africa also has its challenges, as a surge of attacks by al-Qaeda and Islamic State-linked insurgents threatens to curb exploration and mining.

Terrorist threats from Mali to Burkina Faso have spread to border areas with Ghana and Ivory Coast as Islamist militants seek to extend their influence. In January, the body of an executive of Vancouver-based Progress Minerals Inc. was found with bullet wounds after being kidnapped from an exploration site in the northeast of Burkina Faso.

There are also more conventional challenges. A lack of skilled workers and basic infrastructure such as electricity supplies and roads makes mines more expensive to build, Toguyeni said.

Still, once projects are up and running, there’s good money to be made. Gold Fields Ltd. produces at a cost of about $950 an ounce at its Tarkwa mine in Ghana, said CEO Nick Holland.

Once the waste rock is stripped away, “there is quite a lot of meat on the bone to go for,” he said. “If you can manage costs and be efficient, open pits, it’s great business.”

Several smaller companies are exploring for gold in West Africa, aiming to either develop their own mines or find a buyer once a discovery is made, said Cora Gold Ltd. CEO Jon Forster.

Cora is exploring a deposit in Mali and believes it can get investor support for a mine, said Forster, a veteran geologist who has worked in West Africa for about 25 years.

“It’s one of the world’s great gold provinces, he said. “This gives investors the confidence that you can take a project from exploration stage to mining.” 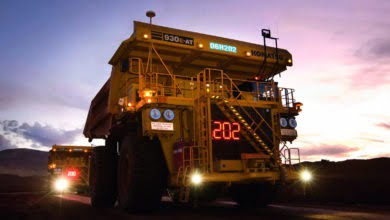 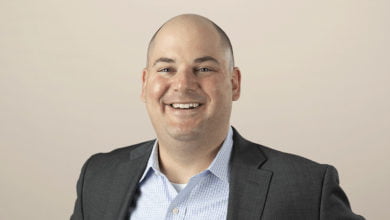