Kamativi Tailing Company (KTC) said initial drilling results at its lithium project in Matabeleland North have indicated that it can be commercially viable.

“The maiden resource statement marks the completion of another key milestone in the development of the Kamativi Project,” John McTaggart, managing director of Jimbata said in a statement. “The results generated confirm our belief in the project and underscore the significant potential at Kamativi.

“The company now looks forward to aggressively pursuing further metallurgical test work in the planned development of the beneficiation plant for the Kamativi in line with the Rapid Results Initiative set out by the Government.”

The Kamativi tailings storage facility is a man-made deposit that was created from dumps produced from processing of tin mineralisation at the KTM.

The tailings were deposited between 1936 to 1994 and are derived from the mining and processing of the tin-bearing (spodumene-bearing lithium-caesium-tantalum pegmatites. The spodumene is the predominant lithium, with minor amounts of cookeite, zinnwaldite, petalite and amblygonite.

The Mineral Resource Statement was based on geochemical analyses and density measurements, attained from drilling and pitting respectively, undertaken between March and June this year. A total of 115 vertical holes were drilled at a nominal 100 metres grid spacing. Initially, drilling was by coring, and later an auger method was employed. Blank samples, certified reference materials and duplicates were included with the drill hole samples.

“The preliminary mineral processing and metallurgical test work indicates that a concentrate of a commercially acceptable specification can be produced,” said the company.

Meanwhile, a Chinese firm Beijing Pingchang Investments Company has lost a case in which it was claiming rights to the tailings material located at KTM.

The Chinese company was claiming it had entered into a joint venture agreement with Kamativi Tin Mine to extract lithium from the dumps at the mine.

The matter was taken for arbitration and Justice Mtshiya (Retired) ruled in favour of KTM.

“The arbitration was initiated through an unsubstantiated claim by the Chinese firm Beijing Pingchang Investments Company insinuating, through a Historical Joint Venture Agreement with KTM, that the claimant believed it had rights to the Tailings Material located at the Kamativi Tin Mine.

“The arbitrator, the Honourable Justice Mtshiya (Retired),sets out in the ruling that no agreement ever came into existence. . . the Claimant’s claim fails”.

Commenting on the latest development, Minister of Mines and Mining Development Winston Chitando said The Kamativi Tailings Project was the first lithium deal to be signed since the change of dispensation in December.

“The project stands to unlock major economic activity in Matabeleland North. We are excited to work with all shareholders involved in the deal as they share our vision for value addition. While it has unfortunately taken a bit a time, we understand why and we are very happy to get going.” 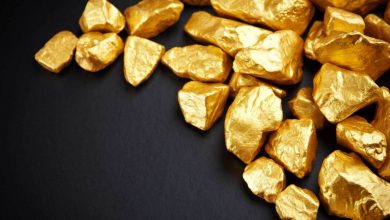