French energy giant Total SE suspended its $20 billion liquefied natural gas project in Mozambique indefinitely due to an escalation of violence in the area, including a March attack by Islamic State-linked militants.

The decision is a blow to Total, which bought an operating stake in the project for $3.9 billion in 2019, hoping to start exporting the super-chilled fuel by the end of 2024. The first phase of the project is designed to produce over 13 million tons of LNG a year.

Total was resuming work on the project last month, after it was stalled since January because of security threats, as more than 100 rebels raided the town of Palma nearby the site. Dozens of people died, millions of dollars of property was damaged and the company immediately froze plans to resume the project.

The worsening security situation is also a major setback for Mozambique, which is facing a rising death toll with hundreds of thousands of people displaced. Exports of the fuel could help transform the economy of one of the world’s poorest nations.

The fresh violence in the north of the Cabo Delgado province “leads Total, as operator of Mozambique LNG project, to declare force majeure,” the company said in a statement on Monday. That’s “the only way to best protect the project interest, until work can resume.” Project finance remains in effect and “Mozambique LNG has agreed with lenders to temporarily pause the debt drawdown,” Total said.

The force majeure gives Total “a lot of breathing room” with the construction companies and buyers of the gas, while increasing pressure on the Mozambican government to resolve the security situation, said Darias Jonker, Africa director at Eurasia Group. That will take community engagement as well as intelligence resources to remove the insurgency, he said. “Overall the downward trajectory of the situation continues.”

Force majeure is a provision that allows parties to suspend or end contracts because of events that are beyond their control, such as wars or natural disasters.

Contracts for site activities have been temporarily suspended, including that of the CCS JV, a joint venture between McDermott International Ltd., Saipem SpA and Chiyoda Corp., Carlos Zacarias, chairman of Mozambique’s National Petroleum Institute, said at a press conference in Maputo. Some of the agreements could be terminated depending on how long work is delayed.

The project had gained momentum as Total acquired the operator stake from Anadarko Petroleum Corp. two years ago. The company was making progress on early construction, including an airport along with accommodations for workers. Simultaneously an insurgency was rising in Cabo Delgado province.

The Mozambican state had been hoping to reap nearly $100 billion in revenue over 25 years from LNG projects. Earlier delays have already caused the International Monetary Fund to scale back its economic growth forecasts for the nation.

Mozambique LNG had completed nearly $16 billion in funding by July last year, involving several banks, despite a slowdown in energy investment as the coronavirus hammered the global economy.

Studies are being undertaken in order to determine a revised timeline for gas production, Zacarias said.

The violence has left at least 2,780 people dead, according to the Cabo Ligado website, which tracks the conflict. It’s also displaced more than 700,000 people. While the government has pledged to restore peace, attacks have grown closer to the site, resulting in the evacuation of workers. 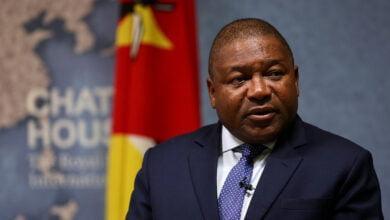 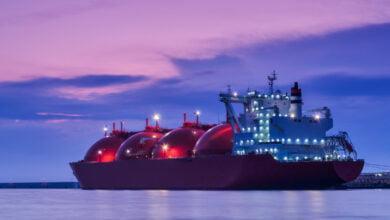 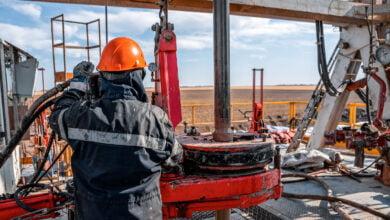