Mining companies in Zambia may lay off more than 21,000 workers due to reduced capital expenditure over the next three years if the government introduces higher taxes in January, an industry body said on Tuesday.

The Chamber of Mines said it met officials at the ministry of finance last week to present its views on the likely impact of the tax changes contained in the 2019 budget, which include capital expenditure cutbacks of more than $500 million.

“Our members continue to review their operations and are having to consider scaling back substantially while reducing capital expenditure by over a half billion dollars over the next three years,” chamber of mines spokesman Talent Ng’andwe said by email in response to questions by Reuters.

“Consequently, reductions of over seven thousand direct jobs and more than double this number of indirect jobs would result.”

Presidential spokesman Amos Chanda said the minister of finance had informed the presidency that she would proceed with the implementation of the new taxes in January.

“The minister has told us that mining companies are trying to employ arm-twisting tactics but no single sector is immune from our taxation system,” Chanda said.

“Mining companies have no right to impose their proposal on the government. As far as the minister of finance is concerned, this is a fair tax system,” he said.

In its 2019 budget, the government announced plans to increase the country’s sliding scale for royalties of 4 to 6 percent by 1.5 percentage points and introduce a new 10 percent tax when the price of copper exceeds $7,500 per tonne.

The chamber proposed that the sliding scale royalty rate be increased by 0.5 percent and the royalty rate should be 7.5 percent when copper prices exceed $7,500 per tonne, Ng’andwe said.

Zambia has said it is committed to improving the transparency of its debt management and will ensure that debt levels remain sustainable. 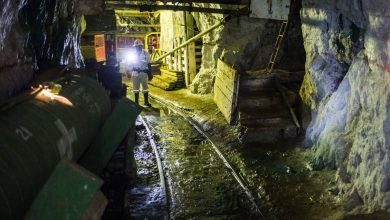