The content of lithium in the earth’s crust is about 0.0065%, and there are more than 150 kinds of known lithium-containing minerals, mainly in the form of spodumene, lithium mica, lithium feldspar, and mayenite. According to the latest statistics of the US Geological Survey in 2016, the world has identified about 40.9 million tons of lithium resources and reserves of about 14 million tons. Lithium resources are abundant in the world, which is mainly distributed in South America, North America, Asia, Oceania, and Africa.

Zimbabwe’s lithium deposits are second to none in Africa, and proven deposits are located in Bikita, Goromonzi, and Kamativi. The Bikita mine is one of the largest lithium mines in Zimbabwe, and it is located in the Masvingo province in southern Zimbabwe. The Bikita mine has a reserve of 10.8 million tons of lithium ore, with a lithium content of 1.4%, or 150,000 tons.

The Arcadia Lithium Mine is located approximately 38 kilometers east of Harare, Zimbabwe, and it has received a mining warrant issued by the Government of Zimbabwe. The mine has a total area of approximately 900 hectares and PSC holds a 70% interest in the Arcadia Lithium Mine. As of October 24, 2017, the mineral resources of Arcadia lithium mine meeting JORC specification (2012 edition) are 43.2 million tons (1.41% Li2O grade, 1% boundary grade), of which proved and controlled ore resources are 37.4 million tons (Li2O grade 1.41%), pre-mining reserves are 15.8 million tons (Li2O grade is 1.34%). At present, the project has completed the pre-feasibility study, and it is expected to put into production in 2020. Arcadia Mining is expected to reach an annual production of 2.5 million tons of lithium ore after the mine is deployed. They have said that the mine’s lithium deposit could create $3 billion in exports.

At present, Zimbabwe’s mining industry is dominated by platinum and diamonds, and lithium will become one of the country’s major mining industries soon. In 2013, Zimbabwe exported 40.9 million tons of lithium ore products and got $57 million in foreign exchange. Zimbabwe is expected to become one of the world’s largest lithium exporters due to the continued high international market demand. Wimmer Financial is negotiating $200 million in financing for a lithium mine in Zimbabwe.

Prospect Resources, a listed company in Australia, believes that Zimbabwe has abundant lithium resources after exploration. This means that Zimbabwe is expected to become a worldwide battery producer.

The lithium mine will bring a new miracle to Zimbabwe

Lithium mine sets off a boom in mining development

Zimbabwe has proven that it has abundant lithium resources. As an important mineral resource, lithium mine is attracting more and more investors, which will change the development prospects of Zimbabwe’s mining industry.

Zimbabwe’s Minister Zittando said that his country has sufficient lithium to meet 20% of the world’s total demand for lithium ore at the mining investment conference in Harare. Therefore, the government hopes to use lithium mining as the main attraction of foreign investment. Currently, Zimbabwe has signed an agreement with a South African junior mining company whose project is expected to create $1.4 billion over eight years.

Lithium mine stimulates the development of new energy industry

The world has launched a war for lithium resources after the oil and rare earth, in view of the importance of lithium to the future energy-battery, lithium is known as “white oil” and it is an important mineral, which is mainly used for the production of lithium batteries and ICT products. It is an essential component in the production of high-tech equipment and electric vehicle batteries.

From the perspective of the whole market, the demand for lithium batteries in the new energy auto industry is growing, which raises the price of lithium. According to data from market research institutions, the market price of domestic battery-grade lithium carbonate rose by 47.54% in 2017, approaching the high price of 180,000 yuan per ton. Similarly, in response to the upcoming wave of new energy vehicles, many car companies and battery manufacturers have also laid out the lithium market.

The government plans to open a lithium ore processing plant in Bulawayo to increase the added value of lithium mine products to boom the economy, said Mr. Valentine Vera, Director of the Metallurgical Division of the Mining Department of Zimbabwe. Goromonzi’s Arcadia lithium project is led by the Australian company- Prospect Resources, which will employ more than 700 people in the first phase of the project and promote the construction of surrounding roads, housing, and schools. “There is no doubt that the lithium mine owned by Zimbabwe will create a lot of employment and foreign exchange income for Zimbabwe,” said Deputy Minister of Mining.

The future of Asian LNG supply – backfill or bust 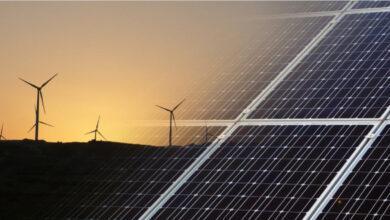 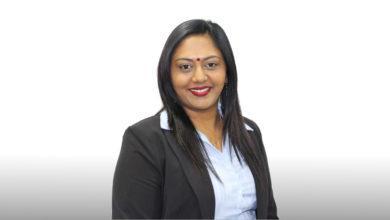 Safety in mining is not a ‘one size fits all’