Miner and trader Glencore on Wednesday said its African copper business had failed to perform as expected and faced a $350 million hit on its cobalt business following a drop in prices.

Glencore’s exposure to risk in Africa, including in Democratic Republic of Congo and Zambia, has weighed on the company’s share price, which has fallen around 6% since the start of the year while those of its diversified peers have risen.

In a statement, CEO Ivan Glasenberg said the company had moved to address the challenges at its Katanga Mining unit in Congo with management changes and an operational review and in Zambia was near the end of multi-year transformation projects.

It said it would separate its African copper business from copper operations in less risky parts of the world, including the Americas and Australia.

Cobalt output rose following the resumption of exports at the Kamoto Project in Congo in April, which had been suspended after uranium was found in levels above the acceptable limit for export.

Glencore said it had cobalt purchase agreements from the group’s mines, mainly in DRC, which could not be fully hedged because of the immaturity of the market and lack of tools available.

It said it faced a mark-to-market loss on around 10,000 tonnes of cobalt that have yet to be sold and which have to be revalued because of the slump in prices this year from around $60,000 per tonne to below $30,000.

It said a $350 million EBIT (earnings before interest and tax) loss on its cobalt business would be non-cash as the position was funded in 2018. 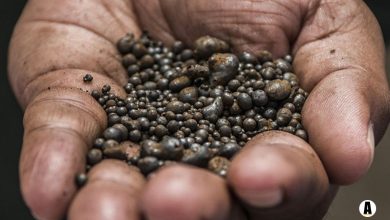 Trouble in the Congo: The misadventures of Glencore 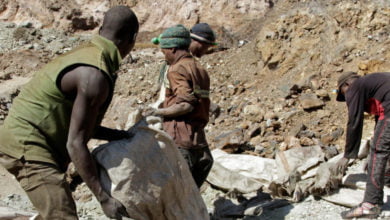