The executive board of the International Monetary Fund agreed Monday to a $368.4 million credit facility to boost Democratic Republic Congo’s falling reserves.

The Washington-based lender will also send staff to the central African nation through the end of May to help prepare Congo for its first formal IMF loan program since 2012, the IMF said in an emailed statement.

“The recent fall in commodity prices, new spending initiatives, and looser spending oversight during the political transition period have led to a weaker fiscal position mostly financed by the central bank,” the IMF said. Because of this, Congo’s international reserves “have fallen to critically low levels creating urgent balance of payment needs.”

Congo is Africa’s largest producer of copper and the world’s largest source of cobalt. Its last IMF loan program was halted in 2012 amid concerns about corruption in the mining industry. 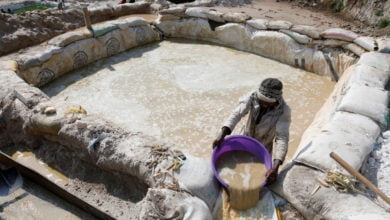