DNG Energy Ltd., a losing bidder for state contracts to supply emergency power in South Africa, made fresh corruption allegations against a winning bidder, Karpowership, and a government official.

In an Oct. 12 supplementary affidavit to court papers, the first of which were filed in April, South Africa-based DNG alleged that businessmen who are now partnering Turkey’s Karpowership approached the firm’s chief executive officer seeking a bribe. In exchange, they would ensure that DNG won a contract, Aldworth Mbalati, the CEO of DNG, said in the papers, adding that he spurned their offer.

DNG’s case, along with environmental challenges, has made the plan to secure 2,000 megawatts of emergency power by August next year unlikely. The deadline for financial close of the projects, initially set for July 31, has been extended until the end of January and DNG’s case will be heard at the end of November.

That means relief from intermittent power outages that plague South Africa will be delayed.

Karpowership, a Turkish company that operates gas-fired plants from ships, won the bulk of the government contracts. Other successful bidders include Scatec ASA and Electricite de France SA.

Mbalati made earlier allegations against energy department officials, saying they attempted to secure a bribe for him in return for helping him secure a contract. Those allegations were denied and the Independent Power Producer Procurement Programme said DNG was disqualified because its bids fell short of requirements.

Mbalati, in his Oct. 12 statement, also questioned how a Department of Mineral Resources and Energy official could afford the assets he owns on his salary. 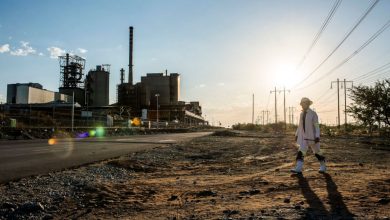